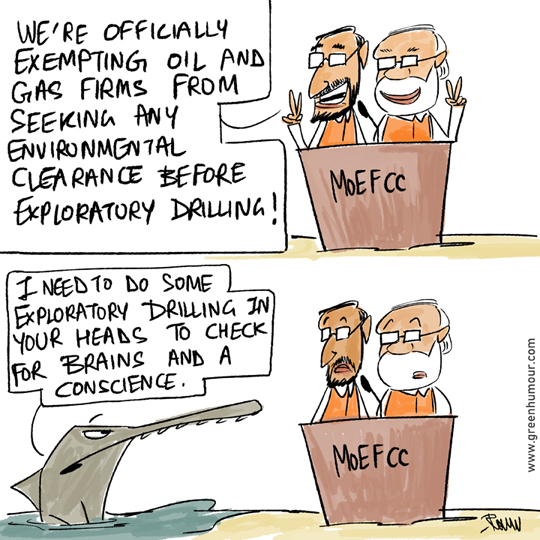 Remember the time when the UPA Government put the Minister for Oil and Natural Gas, Veerappa Moily, in charge of the Environment Ministry? Fortunately for the Indian electorate, which still had a patriotic conscience intact in those years, this brazen move came just a year before the General Elections of 2014, just in time to kick the UPA out of power. But another brazen move, this time by a puppet MoEFCC under the NDA, exempting oil and gas firms from seeking environmental clearance for any onshore or offshore exploratory drilling, comes at a juncture where the ruling party's second term has barely begun.

PS- The fish in the cartoon is a Knifetooth Sawfish, endangered because of human interferences along coasts, and perfectly capable of drilling a bureaucrat's head when the electorate fails to do so.