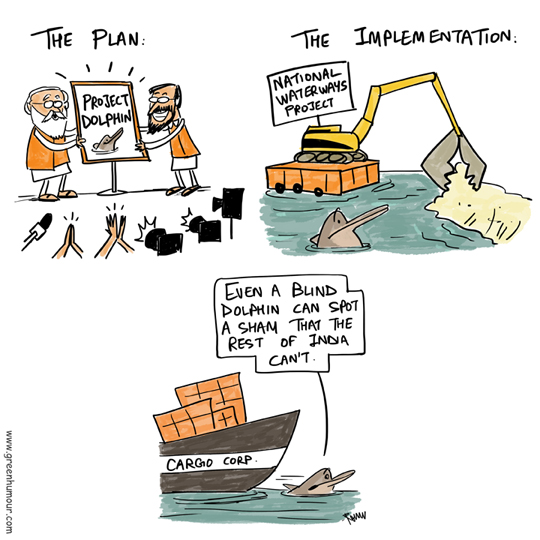 Project Dolphin was launched by the Prime Minister this year on Independence Day (15th August) with the aim of conserving our national aquatic animal, the endangered Gangetic Dolphin. But another government endeavour, the National Waterways Project, threatens the species, which will involve dredging and development of the rivers that are the dolphin's last remaining strongholds. Is Project Dolphin actually designed to bear fruit or simply as a greenwashing measure for the ecologically destructive National Waterways Project? Comic from my column with The Hindu.
Posted by Rohan Chakravarty at 10:35