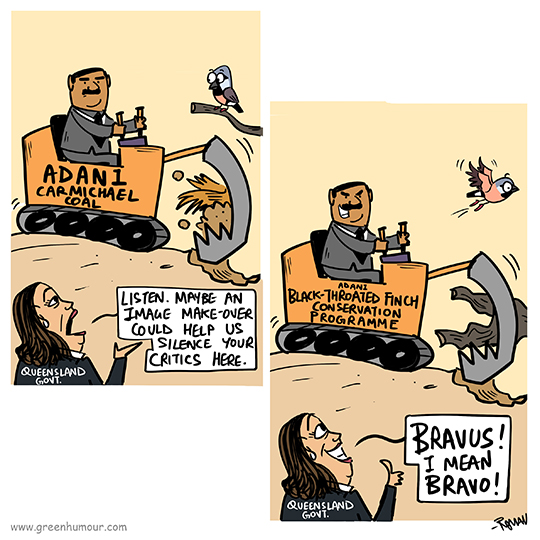 Adani's Carmichael Coal Mine (renamed 'Bravus' because the company mistakenly thought the word means 'brave' when it quite appropriately means 'crooked') launched a conservation plan for the endangered Black-throated Finch to cover up their act. The finch is threatened by mining and resulting habitat loss. The conservation plan was found to be hogwash by a Queensland government scientific panel. The report was eventually buried by the Queensland government. Cartoon from my column with The Hindu.
Posted by Rohan Chakravarty at 09:23