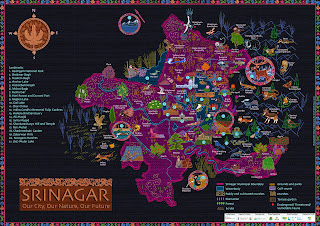 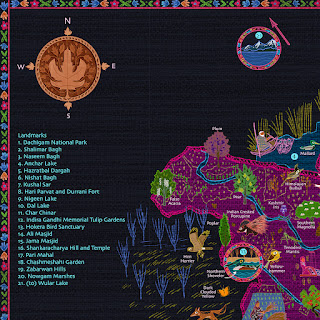 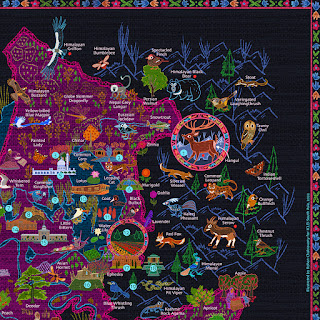 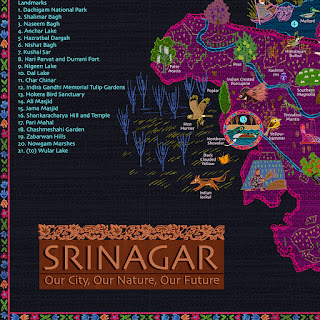 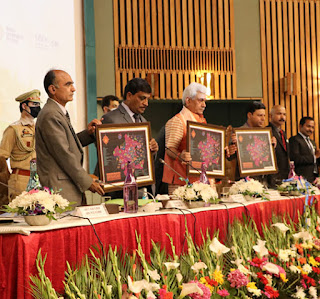 Being in perpetual political crossfire, it isn't unnatural that the word 'biodiversity' rarely factors when speaking of Srinagar. This map, the biodiversity map of Srinagar, seeks to undo the ignorance of the rich biodiversity of Kashmir's capital, and represent its natural history as a component of the city's vibrant and unmatched culture and heritage.
Despite being ravaged by eutrophication, Dal Lake, placed right in the heart of the city, hosts a massive population of aquatic avifauna, from resident moorhens and kingfishers to its best kept secret known only by dedicated birdwatchers: the rare Little Bittern, a summer-breeding migratory visitor to the lake! Srinagar's intricate Mughal gardens offer refuge to a variety of Himalayan birds, and the hills of Shankaracharya and Zabarwan on its east are even home to megafauna like leopards, black bears and serows. Kashmir's pride, the Hangul, resides just a stone's throw from the city in Dachigam National Park, and Hokersar wetland in the west receives thousands of migratory waterfowl every winter on their way south. The fields around this bird sanctuary also abound in birdlife, with rare migratory passerines like Pine Buntings and Yellowhammers, and raptors like the Hen Harrier frequenting them. The map pays tribute to Kashmiri weaving and woodwork, two artforms from the region that themselves draw inspiration from biodiversity.
Commissioned by ICLEI and hosted by the Kashmir Forest Department, I had the chance to explore the biodiversity of Srinagar last December, resulting in one of my most memorable field visits. A big thanks to Mr. Latif Khan, Mr. Pervez Shagoo and Mr. Imtiyaz Ahmed from the forest department for their guidance through the project, and to Ms. Monalisa Sen of ICLEI for the opportunity. A high resolution of the map can be viewed and downloaded on ICLEI's Interact Bio website.
Posted by Rohan Chakravarty at 08:51