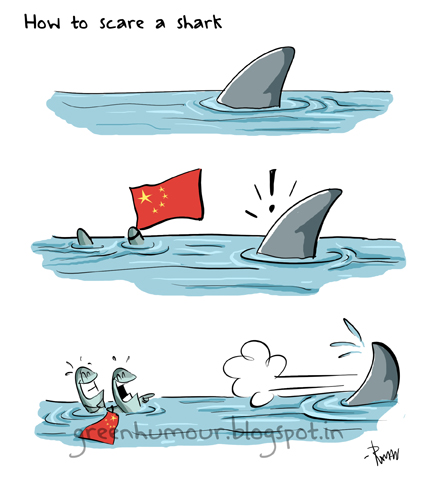 Although shark finning is carried out almost worldwide, China can safely be called the hub of the trade as the demand for shark fins for fin soup and traditional medicine is increasing alarmingly in China and its territories. The removal of the fin from the body of the shark renders it unable to swim and hunt, and the animal drowns to an extremely painful death. Recent statistics have reported India and Indonesia to be the leaders among shark-finning countries.