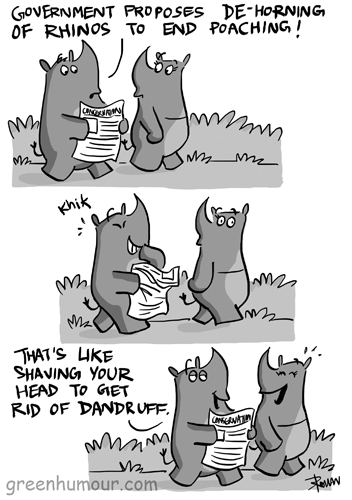 The Assam government has proposed de-horning of the Indian One-horned Rhino in a bid to save its state animal from poaching. The proposal has met with a lot of flak from conservationists as there is no logical evidence to suggest that this will actually stop poachers from killing rhinos. It would be a pity if a beast as majestic and mighty as the rhino has to part with its characteristic asset because of attribution of false properties to it, stemming from the utter lack of human common sense.
Posted by Rohan Chakravarty at 22:55