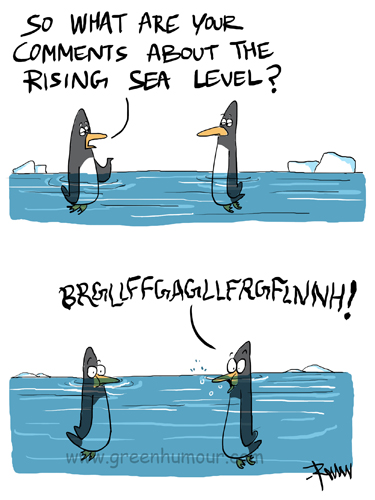 The theme for World Environment Day this year is "Raise your voices, not the sea levels". Polar animals such as penguins depend critically on sea ice. Species such as the Emperor Penguin (that are well into their nesting season at this time of the year) must depend on large stretches of ice for the survival of their chicks, as they don't make nests; the chicks are carried in a pouch near the feet of the parent. Any sudden disturbance in the sea level would mean not only a loss in nesting areas but also a premature exposure of the young to the cold sea waters. In recent years it has been observed that the thinning of the ice cover in places where the Emperor Penguins nest has been causing fewer Emperors to nest in those sites, leading to a subsequent drop in their populations. As we observe 5th June, let's spare a thought for our polar counterparts that aren't quite having a happy Environment Day.
Posted by Rohan Chakravarty at 23:59