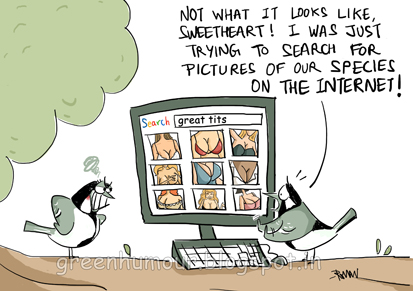 Parus major is a passerine widespread through much of Europe, the Middle-East, North and Cenrtal Asia and parts of Africa. A resident species, it generally doesn't migrate unless winters get extremely harsh. It is one of the most widespread members of the Parus genus. In India, it dwells in both deciduous and evergreen forests, living on an omnivoruous diet of insects and fruits.

All birdwatchers must have wondered at some point about whose bright idea it was to call Parus major the Great Tit.